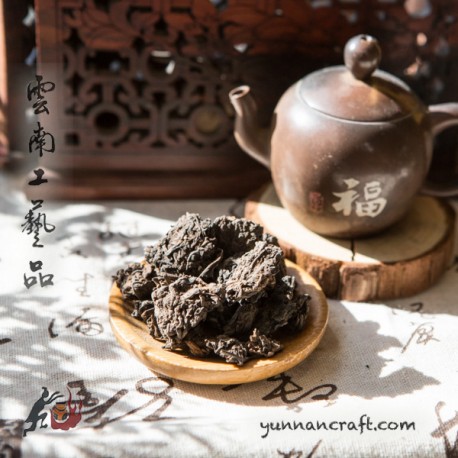 Naturally stick together tea leaves of liu bao cha by it's weight when ageing in big bamboo baskets . The pellets "cha tou" releasing tea soup slower than some loose leaf so it lasts more infusions . Light touch of Betel nut can appear in certain steps traditionally combined with wet basement aroma and taste. Despite of relatively young age for Liu bao is quite sweet and roundy taste.

No customer reviews for the moment.

6 other products in the same category: